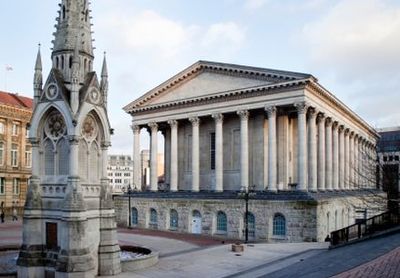 Compare & Save on car rental in Birmingham

Birmingham is the UK’s second city, the second biggest in the country. Situated in the West Midlands, it has spawned such diverse notables as Cadburys Chocolate, the Mini motorcar, and Black Sabbath. Once a city synonymous with industry, and known since the Victorian era as The City of 1,000 Trades, today Birmingham is enjoying something of a renaissance as both a trendy cultural and shopping destination. Birmingham truly formed the heart of the British Industrial Revolution, its population growing fast as the factories expanded. Alongside the factories, miles and miles of canal waterways were built, such that Birmingham is now home to more canal networks than Venice or Amsterdam. As such, Birmingham was a prime target for bombing during the Second World War, when much of the city’s buildings were destroyed. Post-war, the city has undergone radical change, with much of the city centre being pedestrianised, pre-war buildings being replaced, and it’s now a buzzing city with a vibrant nightlife, creative arts scene, and a strong musical heritage.

Things to Do in Birmingham

What many visitors come to Birmingham for is to shop. The city famously offers up the best shopping experience outside London, priding itself on its mixture of malls, markets, designer stores and chic boutiques – as well as a whole host of independent stores featuring the talents of local up and coming designers. Soak up some culture at the Birmingham Museum and Art Gallery, some modern art at the IKON Gallery, get to grips with the world of science at ThinkTank, or satisfy that sweet tooth at Cadbury World.

Another must-see is the trendy Custard Factory, an eclectic venue that’s home to a myriad of pop-up shops, gigs, galleries and eateries, which really gets into full swing as a music venue in the evenings. If you’d rather escape the hustle and bustle of the city centre’s tourist areas and shopping districts like the Bull Ring, the beautiful Birmingham Cathedral offers some calm, as do Birmingham Botanical Gardens at Edgbaston, and the National Sealife Centre at Brindleyplace.

Birmingham is a large city, which makes car rental worthwhile. While driving around the busy city centre might not be what you’re looking for from a relaxing break, for a city of this scale you’ll find the countryside is remarkably close at hand. The Birmingham area is surrounded by breathtaking country parks, old stately homes and mansions that are well worth visiting while you’re in the area. Lickey Hills Country Park includes a golf course, while Woodgate Valley Country Park is home to a trekking centre that’s a perfect day out for children. Also ideal for all the family is the nearby Drayton Manor at Tamworth – one of the largest and most popular theme parks in the UK. You’ll find car rental available throughout the city centre, as well as at the city’s airport – but if you plan to drive in the city centre, Birmingham’s unintuitive one-way system means a good Sat Nav is essential.