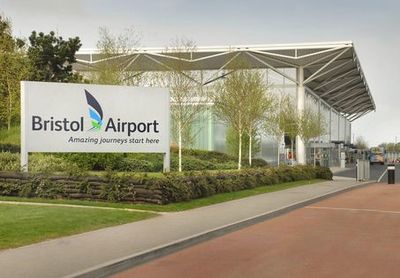 Compare & Save on car rental in Bristol Airport

Bristol is a fascinating and historic city, and an excellent base from which to explore South Wales and the West Country of England. The city is built around the River Avon and also has a shoreline on the Severn Estuary, and whilst remaining a prosperous port, the commercial buildings around the canal in the centre of the city have been converted to create a lively area of cafes, bistros and small shops. The city is famous for its engineering and maritime past and landmarks, including the Clifton Suspension Bridge designed by the great Victorian engineer Isambard Kingdom Brunel, and built over the spectacular Avon Gorge. Another legacy of Brunel’s is the world’s first great ocean liner, the SS Great Britain. Organising car rental on arrival at Bristol Airport will give the visitor wider access to the dramatic and beautiful coastline and countryside close to the city, including Exmoor and the beaches of North Devon.

Things to Do in Bristol

The city offers the visitor attractions to suit every taste. Theatre-goers will want to visit the Bristol Old Vic, Britain’s oldest working theatre, or the Watershed, a film, live performance and digital arts centre in the heart of the Harbourside area. In August the city hosts the Bristol International Balloon Festival, Europe’s largest hot-air balloon event, with 150 balloons being launched over the city in a spectacular and colourful display.

To discover more about the city’s maritime history a visit to Bristol Museum is essential, and a tour of the SS Great Britain provides a fascinating glimpse into life aboard ship in the 19th Century. A short drive from the city are some of the country’s most interesting stately homes, including Dyrham Park and Berkeley Castle. Steam train enthusiasts will enjoy a visit to the Avon Valley Railway.

The city is a transport hub and has excellent road links connecting it with Wales, the Midlands and the West Country. Bristol Airport is situated 8 miles south of the city, and from picking up a hire car at the airport to gaining the city centre is an easy drive, taking the A38 directly into Bristol. Driving in the city itself is relatively easy, with routes well-signposted and link roads to the motorways, the M4 and M5, clearly marked. A day visit to the nearby historic town of Bath is a straightforward drive on the A4 out of the city. And of course a crossing over the Severn Estuary is not to be missed, taking you into South Wales and giving dramatic views over the estuary to the Bristol Channel.