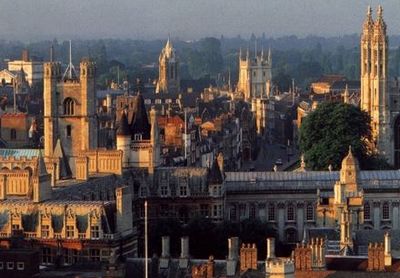 Compare & Save on car rental in Cambridge

From the breathtaking view of King\'s College Chapel over the river Cam, to the Gothic intricacy of the architecture, Cambridge has much to offer the two-day tourist. Even watching students cycling to lectures or punting on the River Cam evokes images of a bygone era. But there is more to Cambridge than history and academia. In recent years, it has become a technological centre of international repute, an extension of the city’s work under the estimable banner of the University, which was founded in the 13th century by scholars who left Oxford after a local dispute. They chose the quiet solitude of Cambridge as a suitable location for furthering their learning. Cambridge has educated many famous alumni, including Isaac Newton, Bertrand Russell, John Milton, Ludwig Wittgenstein and Lord Byron. Cambridge academics have won more Nobel Prizes than any other university in the world. More than 3.5 million visitors come to Cambridge every year to enjoy this historic place, once described by Forbes Magazine \'one of the most beautiful cities in the world.\'

Things to do in Cambridge

Cambridge University consists of semi-independent colleges, some centrally-located, others up to 3 miles from the town centre. Some colleges charge an entrance fee, and most are closed to visitors during the University exam season from the end of May until the second week of June. The Fitzwilliam Museum houses the art and antiquities of the University. Located on Trumpington Street, the 19th Century building receives around 300,000 visitors annually.

Sedgwick Museum of Earth and Science

The concomitant \"Founder\'s Building\" was designed by George Basevi and opened in 1848. Highlights include the Egyptian Galleries and the Antiquities department, and art lovers will find masterpieces by Titian, Rubens, Hogarth, Gainsborough, Constable, Monet, Degas, Renoir, Cézanne and Picasso (among others) as well as a fine collection of 20th century art. Admission is free. Kettle\'s Yard is the former home of Jim and Helen Ede, and home to a collection which includes works by Alfred Wallis, Barbara Hepworth, Henry Moore and Henri Gaudier-Brzeska.

Parking can be difficult in the centre of Cambridge and the one way street system is rather confusing to first-timers, but the park and ride scheme offers free parking and a £2.30 return bus fare. Hire a car from GoCarRental.com and use the park and ride to explore the city, before escaping by road to enjoy some of the marvelous Cambridgeshire countryside.