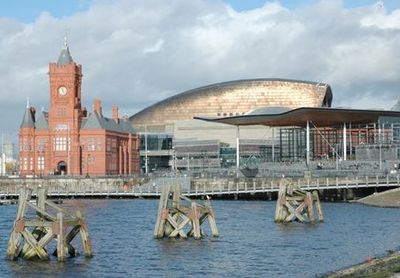 Compare & Save on car rental in Cardiff

Situated on the Bristol Channel, Cardiff is the tenth largest city in the UK, the capital of Wales and the seat of the National Assembly for Wales. Historically the city was the largest coal-exporting port in the world, the Glamorganshire Canal opening up the coal-mining valleys to shipping. Captain Scott set off from Cardiff in his ship the “Terra Nova”, on his ill-fated expedition to the South Pole. More recently the city’s run-down dockland area has been transformed, and Cardiff Bay is now a thriving new waterfront quarter which not only houses the Welsh Assembly building, but also the Welsh Millennium Centre and Arts Centre. The city is one of the most popular tourist destinations in the UK, and is also home to major BBC and media studios and has a thriving cultural scene.

Things to Do in Cardiff

For fans of the BBC series Doctor Who a visit to the Doctor Who Centre, next to the BBC studios, is a must. Children will love to meet the Daleks, and the centre offers an interactive journey through time and space that is packed with special effects. Mermaid Quay is the heart of the waterfront development, and offers a great shopping experience, as well as a range of eateries, and the opportunity to stroll on to the Wales Millenium Centre, just a quarter of a mile from the Quay. The Centre is already world-renowned for the quality of its performing arts, and it also offers the visitor the opportunity to join a backstage tour, view a touring art exhibition, or enjoy a stand up comedy performance. Also close to Mermaid Quay is a large freshwater lake for sailing and watersports.

The Cardiff Bay Barrage walk takes in the shores of the lake created by the barrage, and for weary walkers the water bus provides an easy trip back to the city. Cardiff’s National Museum and Art Gallery houses an outstanding collection of Impressionist and Post-Impressionist paintings as well as the work of contemporary Welsh artists. Cardiff Castle, in the heart of the city, provides an opportunity to explore the 2,000 year history of the area, as well as offering a fascinating tour of the war tunnels below the castle, and examples of furnishings of different periods. Four wheel will give you the independence to explore the glories of the surrounding countryside and coastline, so arranging car rental before your visit is a good move

Many tourists choose to use Cardiff as a base for touring South Wales, the Brecon Beacons, and the Welsh coastline. The M4 motorway links the south-east of England with Wales, and passes just outside the city of Cardiff to continue on to Swansea and the Welsh valleys. Use GoCarRental.com to plan your itinerary, with the range of pick up points for car rental including Cardiff city centre, the airport, and, of course, nearby cities of Bristol and Swansea.