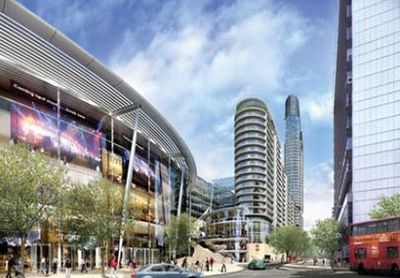 Compare & Save on car rental in Croydon

Croydon is a large town that lies just on the southern borders of London, and is based on a transport corridor between the capital city and the south coast. It is well served with transport links, being close to the London Orbital Motorway, the M25, and the main railway station East Croydon is a busy hub of the national rail system. Two of London’s major airports are within easy reach – Heathrow and Gatwick – and yet for all its urban connections, Croydon is also close to some beautiful countryside. The town has grown immensely from the small Saxon village of 365 souls at the time of the Norman Conquest, and is now one of the most thriving commercial and retail centres in south east England. With excellent bus and tram services, a visitor staying in the town is probably best advised to arrange car rental for trips outside the town, as one-way systems and pedestrianized areas can make driving in the town challenging.

Things to do in Croydon

Croydon is renowned for its shopping, with several large retail centres, and all the stores that you would expect to find in the centre of London – but in a much more compact area. Try the Whitgift Centre, Centrale and North End for a range of boutiques, designer shops, and High Street names. For music and entertainment, Croydon’s Fairfield Halls offer a year-round and immensely varied programme of events, from classical music concerts with internationally famed artists, to stand-up comics and musical theatre.

In addition to its modern centre and retail arcades, Croydon also has a number of historic sites to explore, including Croydon Minster, where 6 Archbishops of Canterbury are buried, and the Whitgift Almshouses. For visitors looking for a livelier scene, Croydon is well-known for its pubs, bistros, and nightclubs, including the Black Sheep Bar and Tiger Tiger.

Checking out the best deals to be had for car rental Croydon with GoCarRental.com will also give a wide range of options on pick-up points. With both Gatwick and Heathrow airports within easy driving distance airport pick-up is one option, or arranging to collect your car rental from the choices available in Croydon town centre. If you are planning to drive into the centre of London on the A23, you need to familiarise yourself with the Congestion Charge zones, and ways of paying. Your hire company will provide full details. Using Croydon as a base for exploring southern England couldn’t be easier – the M25 will take you to any of the major motorway “spokes” that connect with the different regions of the UK. The South Downs and the vibrant city of Brighton on the Sussex coast are 40 miles away down the M23 motorway.