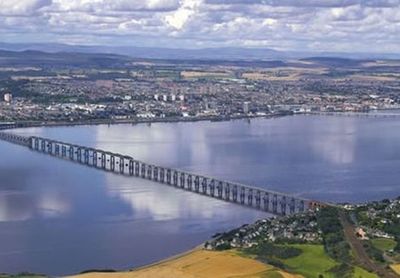 Compare & Save on car rental in Dundee

Dundee is situated on the north bank of the Firth of Tay on the eastern coast of Scotland, and 36 miles north of the city of Edinburgh. The motto of the city of Dundee is “jute, jam and journalism”, representing the three key industries that founded the prosperity and fame of the city. The 19th century saw the rapid expansion of the jute industry, and Keiller’s Dundee marmalade is, of course, famous the world over. Perhaps less well-known is that the figures beloved of many children originated from the D C Thomson, the publishers of the Beano and Dandy comics in Dundee – Desperate Dan, Beryl the Peril, and Oor Wullie. Less happily, one of the worst rail disasters in the history of British rail took place in 1881 when the Tay Bridge collapsed in a storm as a train was crossing it, with the loss of 75 lives. The RRS Discover, the great Arctic explorer Robert Falcon Scott’s vessel, was built in Dundee and now lies in the city harbour. There are major regeneration plans for the city, with the Dundee Victoria & Albert Museum opening in 2015.

Things to do in Dundee

Connecting with Dundee’s fascinating history, the visitor can explore the restored jute textile factory, the Verdant Works, provide a picture of the life of a worker in the factory, the sights, sounds and smells, and great interactive exhibitions for the kids. The tall ship RSS Discovery, berthed in Dundee harbour, now houses an exhibition which tells the tale of Scott’s epic Antarctic trip, where Scott and his men spent two winters on board the ship frozen into the ice. When the RSS Discovery returned in 1904 she was given a rousing welcome. Continuing the maritime theme, Britain’s oldest warship still afloat, HM Frigate Unicorn, is berthed nearby in the Victoria Dock.

Dundee Science Centre, celebrating the discoveries to come out of the city

Dundee is surrounded by wonderful coastlines and countryside, and the visitor will need a car to explore further afield. GoCarRental.com will give you the best car rental deals on offer, and once you have wheels there are a number of wildlife parks and reserves to explore. Scottish Wildlife Trust’s Montrose Basin Visitor Centre provides a view of the vast numbers of migrating birds that visit this area every year, while the RSPB reserve at Loch Kinnordy can provide glimpses of otters and the magnificent ospreys who nest here.

A car is essential to get to visit all the attractions outside the city - the spectacular landscapes of the Cairngorms National Park, the town of Stonehaven further north, the bridges across the Tay, and the city of Edinburgh within easy driving distance. Dundee is a relatively easy city to drive around, with the A90 Kingsway providing a perimeter road leading down to the harbour and the city centre. Car rental in Dundee is available both from pick up points in the city or from either Dundee or Edinburgh airports for visitors arriving by air. The A90 to Perth branches south to Edinburgh on the M90 or you can head west for the Cairngorms on the A9.