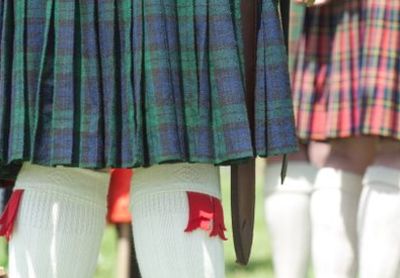 Compare & Save on car rental in Edinburgh

The original town of Edinburgh was built around the Castle Rock which still towers over the vastly enlarged city of today.  Edinburgh is the capital of Scotland, the home of the recently established Scottish Parliament, and world famous for its annual Festival and celebrations at Hogmanay.  The University is ranked 21st in the world, and there is a lively youth and music scene in the city.  It’s rumoured that the origins of the skyscraper lie in the eleven-storey houses that were built in the 16th Century within the narrow confines of the city walls as the population expanded.  With the increasingly overcrowded and insanitary conditions of the old town, many of the more prosperous citizens of Edinburgh moved into the Georgian and Victorian terraces that were being built across the drained Nor Loch, now Princes Gardens, creating the contrasting architecture of the Old and New Towns that we see today.

Things to Do in Edinburgh

Arriving at Edinburgh Airport the visitor would be take advantage of the choice of car rental companies at the airport, to provide the freedom to tour the city and its surrounds.  Although compact, Edinburgh consists of a series of “villages”, all of which are worth exploring, from Leith on the Firth of Forth, with its lively eating and drinking spots, to the Royal Mile and Grassmarket, historic areas of the Old Town.  Princes Street offers a range of department stores and larger shops, with the West End being perfect for boutiques, delicatessens, and traditional pubs.

The Auld Reekie Tours in the vaults of the Old Town, including chilling ghost stories and torture exhibition

Fans of Alexander McCall Smith’s “Scotland Street” novels will have fun spotting familiar landmarks.  Edinburgh can also boast museums and galleries to rival the best in Europe, with the National Museum of Scotland having recently reopened after a £47m refurbishment.  The Scottish National Gallery of Modern Art is set in beautiful parkland and for the energetic can be reached by a peaceful walk alongside the Water of Leith.

There is a good public transport system in Edinburgh so the visitor is likely to use a car less in exploring the city than in touring the Lothians and beyond, which everyone should plan to do.  Car rental in Edinburgh is easy to arrange either on arrival at the airport or in the city itself.  The airport is on the A8 which will take you straight to the city centre – or, in the other direction, to Glasgow.  At only 40 miles away, Scotland’s second city is well worth a visit.  Crossing the Forth Bridge, with its wonderful views, gives the motorist access to Kinross and Loch Leven and the Lomond Hill National Park, just a few miles from Edinburgh on the M90.