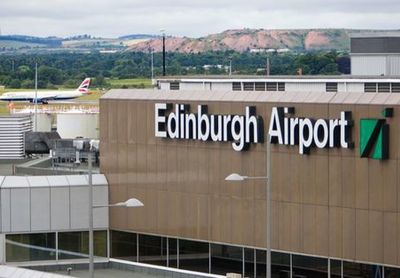 Compare & Save on car rental in Edinburgh Airport

Edinburgh is the capital city of Scotland, and it regularly wins polls for the best place to live in the UK, and is the second most popular tourist attraction in the country. Although the city is compact enough to explore on foot, it is well worth arranging car rental on arrival at Edinburgh Airport, as the some of the surrounding attractions are impossible to reach via public transport, and the coast and countryside around the city are not to be missed. Edinburgh is most famous for its castle, the annual Edinburgh Festival with thousands of events over August, and for the “Royal Mile”, the long cobbled street that runs through the Old Town up to the castle on its towering rock. The city is divided into the Old Town and the New Town, both well worth exploring. The 18th Century architecture of the New Town, with its open squares and wide streets, provides a striking contrast to the alleyways of the medieval Old Town.

Things to Do in Edinburgh

As long as the weather is bonny, Edinburgh is a city that repays exploring on foot. After a visit to Edinburgh Castle, strolling down the Royal Mile will take you past the 12th Century St Giles Cathedral, to the historic Canongate Kirk, past endless fascinating little alleyways. Holyrood Palace, the official residence of the monarch when in Scotland, is close to the new and impressive Scottish Parliament building, often open to the public.

Arthur’s Seat, on the outskirts of the city, provides panoramic views over Edinburgh and the Firth of Forth, and is worth the climb. Edinburgh’s museums and galleries also house some of the most impressive collections in the UK, and the National Gallery of Scotland and the National Gallery of Modern Art are essential visits for those interested in fine art and contemporary painting. The district of Leith has undergone a transformation over the recent past, and is now a vibrant area of cafes and boutiques on the shores of the Firth of Forth.

Like other major cities, traffic in Edinburgh can be busy at peak times, and it’s advisable not to take a car into the city centre during the Festival. Car rental from Edinburgh Airport couldn’t be easier as the site is so compact, and the city is an 8 mile drive from the airport, via the A8. A car will really come into its own when exploring the countryside of East Lothian, visiting Rosslyn Chapel, made famous by Dan Brown, and exploring the castles along the North Berwick shoreline. The A701 runs out of Edinburgh to Roslin, and a day’s round trip will take you on to the A1 and the coastal road of the A198 to explore the historic sites and villages of North Berwick.