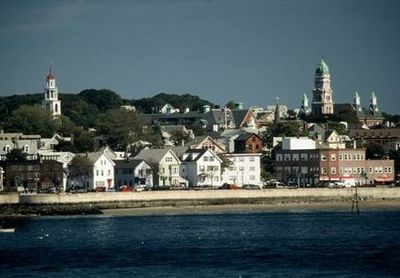 Compare & Save on car rental in Gloucester

Gloucester is located in the South West of England, just off the M5 motorway, and is not only the gateway to some of the UK’s most attractive country villages and countryside in the Cotswolds, but is also ideally situated for trips to Oxford, Bristol, Birmingham and South Wales. Both Bristol and Birmingham airports are an hour’s drive away. To see all that there is to see in the city and surrounds booking your car rental through GoCarRental.com is a must for the visitor, with pick-up locations in Gloucester itself. The city has centuries of history, going back to the Romans, and after a period of decline in the last century, it is now a thriving commercial and cultural community, hosting the HQs of a number of businesses, and benefitting from sporting connections with a popular Rugby Football Club and Cheltenham Race Course near by.

What to do in Gloucester

Gloucester City Museum, completely refurbished in 2011, has fascinating displays of Stone Age and Roman artefacts linked to the city, including a Roman kitchen and medieval street scene. Gloucester Cathedral is thought by many to be one of the most impressive in England, with wonderful stained glass windows and extraordinary stone carvings. Visitors can go on guided tours to the crypt and bell-tower. Gloucester’s Victorian Docks are also well worth a visit, with the museum at their centre, and the chance to learn about Britain’s historic waterways, climb aboard a canal narrowboat, and take a trip up the canal.

Further afield, and this is where a car becomes essential, Prinknash Abbey shouldn’t be missed - although you can’t visit the interior, it has lovely gardens, an excellent café and the building itself is glorious to wander around. The Severn Bore, one of the most impressive natural phenomena in Britain, can be seen from several vantage points along the River Severn. The Forest of Dean offers both wonderful walks and the chance to find out more about the history of the mining and other industries like charcoal burning that the Forest supported at the Dean Museum. A drive of 14 miles will take you to the historic market town of Tewkesbury, or west to the spectacular Wye Valley.

The Cotswolds, with their honey coloured stone villages and rolling hills, are often described as the most typically English of all regions. The visitor will need a car to take full advantage of the area’s attractions, and there is an excellent choice of car rental in Gloucester. Proximity to the M5 motorway gives access to the Severn Bridge and South Wales, Bristol and the West Country, or Birmingham and the Midlands. The A40 is the most useful east to west route from Gloucester, taking you west to the Wye Valley, or eastwards to the idyllic Cotswold towns of Stow-on-the-Wold and Moreton-on-the-Marsh.