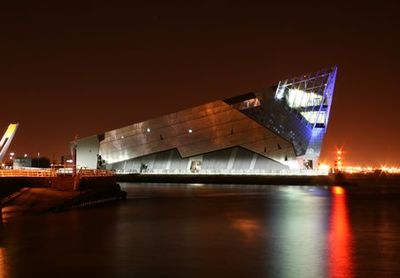 Compare & Save on car rental in Hull

There has been a settlement on the site of the present city of Hull since pre-Roman times, and the present city has undergone many changes, not least a significant rebuilding after major bombing destruction in the Second World War. In its time the city has served as a garrison, a market town, and a major fishing and whaling centre. It’s a great place to stay for the visitor who wishes to explore North Yorkshire and the dramatic coastline where the Humber Estuary joins the North Sea, as well as the spectacular moors and dales of the area, and to do so a car is essential. Hull is easily accessible with excellent transport links and it’s served by four international airports within easy reach, Humberside, Doncaster, Leeds and Manchester. One of the most famous of its sons, the M.P William Wilberforce, played an important role in the abolition of the slave trade in Britain. It has recently gained the short-list for cities competing to become the UK City of Culture in 2017. The city is known for its theatre group, the Hull Truck Company, and the new Hull Truck Theatre has recently been opened. The historic Old Town and Museum Quarter attract increasing numbers of tourists, as do the Marina and The Deep, a city landmark.

What to Do in Hull

Hull is a small city, and while there’s lots to see in the city itself, any visitor would be missing out if they failed to explore the glorious surrounding countryside, including the Yorkshire Wolds, North York Moors National Park, and the Yorkshire Dales National Park. To arrange car rental in Hull research the vehicles available and the deals on offer through GoCarRental.com, and choose your pickup point from a car rental company in the city centre, or from your arrival airport.

Attractions in the city include The Deep, a great day out for the family, a spectacular aquarium, and home to over 6,500 species of fish, including sharks and stingrays. Touring the trawler the Arctic Corsair provides a fascinating glimpse into the tough life aboard a deep sea fishing vessel; the trawler is now permanently berthed on the banks of the River Hull, but she had the distinction of being rammed by an Icelandic gunboat in the 1970s! Hull Old Town is a must to visit, with its cobbled streets, mix of historic buildings, and attractive pubs and eateries. The Hands On History Museum in the Old Town has replicas of King Tutankhamun’s treasures, as well as a 2,600 year old mummy. Wilberforce House, the home of William Wilberforce, houses an exhibition that tells the story of the anti-slavery movement in the 19th century.

The city’s nearest international airport is Humberside, 19 miles away and an easy drive on the A15, taking in the Humber Bridge crossing. The A63 runs alongside the north bank of the River Humber, and will take you into the centre of Hull. The city itself is probably best explored on foot, as there are a number of pedestrianized areas, and well-advertised historic and walking trails. Outside the city, a short drive north on the A164 to Beverley will bring you to the beautiful and historic small town with its renowned Minster. Beyond Beverley, the A614 runs to the coast, with Bridlington, Scarborough and the spectacular Flamborough Head all to explore.