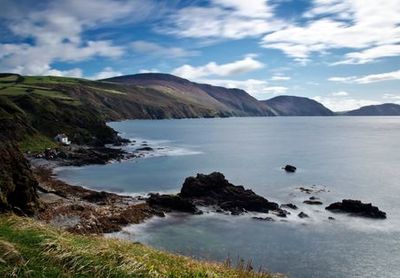 Compare & Save on cars in the Isle of Man

Located in the Irish Sea between the UK and Ireland, the Isle of Man is a British island that has its own separate parliament and government, as well as its own currency. Until the 13th century, the Isle of Man was part of the Norwegian Kingdom of the Hebrides when it was ceded to Scotland. In 1765 the Scottish Duke of Atholl sold the sovereignty of the island to the British crown, and it has remained in a British Crown dependency ever since. Split almost in two by a central valley, the Isle lays flat to the north, with hills to the south, Snaefell being the most famous. At times, the lowland areas of the island are smothered in a thick sea fog that locals refer to as Manannan\'s Cloak, a reference to the Island\'s ancient Sea God swathing his kingdom in mist to protect it from unwanted visitors. The Isle is also home to a small islet to the southwest, the Calf of Man, which is now a bird sanctuary.

Things to Do in the Isle of Man

The highest point on the island, Snaefell, is a must for any visitor. If you don’t fancy a hike up this hill that stands 621 meters above sea level, you can simply hop on the tram to the summit. From here, you’ll be rewarded with spectacular views of ‘The 6 Kingdoms’ - Scotland, England, Wales, Ireland, the Isle of Man and Heaven.

Top 3 Must See: Isle of Man

The isle’s capital, Douglas, lies on the east coast and features a delightful promenade, where you’ll find most of the island’s hotels and B&Bs, delicious fish and chips, as well as a horse drawn tram – one of only two left in the world. Head to Port Erin for daily boat trips to the islet of the Calf of Man, a wonderfully peaceful getaway home to a bird sanctuary and three lighthouses. And for those looking for a more active vacation, there are plenty of hiking trails to explore, not least the almost entirely coastal Raad ny Foillan (The Way of the Gull), which stretches 95 miles around the island.

Drive Around the Isle of Man

The easiest way to explore the island at your leisure is to rent a car. Hire cars are readily available from a variety of locations, including the airport at Ronaldsway and the Douglas Sea Terminal. The Isle of Man has an extensive road network, allowing you to explore even the remotest parts of this 572 sq km island. The coastal views are superb, and well worth seeking out from the comfort of your own transport. Outwith the capital of Douglas, where the majority of visitors will be staying, other towns of interest include Peel, which is home to the 1,000+ year old Peel Castle, as well as the House of Manannan Heritage Centre – a great place to get to know more about the island, its history and its people.