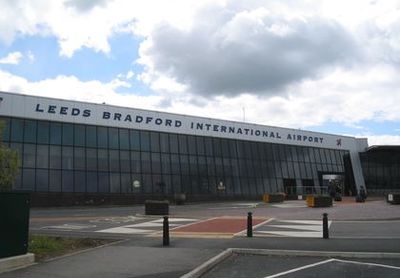 Compare & Save on cars in Leeds Bradford Airport

It may surprise some to know that Leeds is the third largest city in the UK, based on population. It is also the largest business centre outside of London, and well regarded across Europe as a commercial hub. The city\'s history dates to the 5th Century, when the wild forests of the Kingdom of Elmet began making way for a small manor. Thus it remained until the onset of the industrial revolution, when Leeds became a major centre for iron, printing and textiles, gradually absorbing surrounding villages to become the urban sprawl we see today. As a vibrant student city with plenty of decent bars and restaurants, Leeds has carved out a reputation as one of Yorkshire\'s finest.

Things to do in Leeds

After London\'s Kew Gardens, Roundhay Park’s Tropical World is home to the UK’s largest collection of exotic plants from across the globe. The huge greenhouse includes a truly-unique Amazonian jungle experience. The Granary Wharf is a shopping centre built into the ‘Dark Arches’ of Leeds, a labyrinthine network of brick tunnels constructed in 1866 under the railway station, right on top of the River Aire. The complex is also home to The Hop, one of the city’s best bars and a favourite with the student population.

Leeds Central Library has an extensive collection, as does the Leeds Art Gallery, which focuses on contemporary art. Above all, visitors should be sure to see the Henry Moore Institute, dedicated to the sculpture of one of Yorkshire’s most famous artists. Equal parts historical museum, exhibition venue, research centre, library and archive, the institute also boasts an adjoining cafe, which is an architectural marvel in itself.

Leeds is very accessible by road and air. Leeds Bradford Airport lies 10 miles north-west of the city centre, and brings in flights from all over the UK and Europe, and as far afield as Islamabad. Regular buses run into the city, and for car rental, Leeds Bradford Airport is especially well-served, with GoCarRental.com offering a range of vehicles to suit all tastes and budgets.