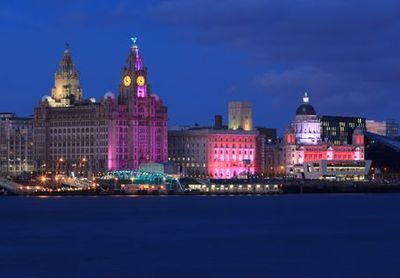 Compare & Save on car rental in Liverpool

Liverpool, famous as the birthplace of the Beatles, has been labelled by the Guinness Book of Records as the World Capital City of Pop, as musicians hailing from Liverpool have produced more number one singles than any other. Apart from music, the city is renowned for its two football clubs, Liverpool and Everton, and areas of the city have been designated as Unesco World Heritage Sites for their outstanding and unique architecture. The city has a thriving visual arts scene, with Tate Liverpool, and the Walker Art Gallery being amongst the most outstanding. Liverpool University was founded in 1881 and was one of the original six “red brick” civic universities created in Victorian times. As with many other mercantile ports, Liverpool saw its prosperity diminish over the last century, and in the last two decades the waterfront and docklands areas of the city have been transformed through regeneration projects. Most visitors will choose to rent a car during their stay to give them the chance to explore North Wales and the coastal route, and GoCarRental.com provides the best cheap car rental deals on offer.

Things to Do in Liverpool

The city has more listed buildings than any other city in the UK apart from London. Some “must sees” are the renovated Albert Dock, now a thriving area offering a great choice of eateries, boutiques, and waterside attractions. The Dock is the home of Tate Liverpool, the most visited modern art gallery outside London – and not surprisingly, as it houses an outstanding collection of modern art, as well as staging regular exhibitions of contemporary paintings.

The Maritime Museum provides a fascinating glimpse into the history of shipping and some amusing insights into the ingenuity of smugglers! The Museum also offers fun interactive games for all members of the family. Close by, the International Slavery Museum gives a more sombre background to the trading history of the city, with exhibitions that cover the trading of slaves in West Africa, the terrible privations that they suffered on the journey to the New World, and life on the plantations. The museum also looks at the legacy of the slave trade. Compulsory for the visitor to Liverpool is to take at least one trip on the Ferry across the Mersey, and there are other day cruises offered up the river or along the Manchester Ship Canal. For the football fan, a trip to the stadiums of Everton and Liverpool FCs is almost certainly on the agenda.

Liverpool John Lennon Airport is conveniently close to the city centre, and transport links with the surrounding area are excellent, with the M62 motorway directing the motorist into the heart of the city from the M6. To take full advantage of the proximity to North Wales and the Chesire countryside, a car is essential, and there are convenient options for car rental in Liverpool collecting either from the city centre, the airport or close to the train station. Crossing the Mersey on the M52 links with the North Wales expressway, whereas heading east on the M62 brings the visitor to the buzzy city of Manchester and the Peak District beyond.