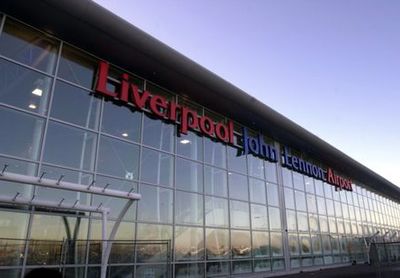 Compare & Save on car rental in Liverpool Airport

What was once a humble Lancashire port town has grown into a world famous city, a fact reflected by the European Capital of Culture status bestowed upon Liverpool in 2008. Its two principle cultural exports are football and music, with Liverpool FC and the Beatles having dominated their respective fields on the global stage during the second half of the 20th Century, and Everton and Gerry & the Pacemakers close behind (not to mention Tranmere Rovers and Cilla Black in the lower leagues). With a history dating back 800 years, Liverpool established itself as a major trading hub during the industrial revolution, and by the Victorian era, a staggering 40% of the world\'s goods passed through the famous docks. It was this facet of the city that facilitated the music boom of the 1960s, as commercial ships brought in a treasure trove of American rock and roll records that simply couldn\'t be found elsewhere in Europe, allowing young Liverpudlians to steal a march on their peers. Scousers remain famous for their lyrical good humour, and they are easily as important to the Liverpool experience as any tourist attraction.

Things to do in Liverpool

For any tourist visiting Liverpool, the first port of call – literally – is the Albert Dock. It recently underwent an overhaul that has helped turn it into an attractive place to stroll up and down, with old warehouses having been converted into shops, restaurants, galleries and museums. Indeed, the dock hosts the largest collection of Grade I listed buildings in Britain. Along the way is the Merseyside Maritime Museum, dedicated to stories of sailors, immigrants, emigrants and the ships that made the city what it is. A little further down is the International Slavery Museum, which does an admirable job of refusing to ignore the dark side of the British Empire and the impact of colonialism generally.

The Tate Liverpool ranks alongside the best modern art galleries in the world, and The Beatles Story does exactly what it says on the tin. Real fans, though, will want to spend time on Matthew Street, home of the Cavern Club, where the biggest band in history developed their sound. In summer, the entire city plays host to Beatleweek, which is a sort of World Cup for Fab Four tribute acts. Back towards the river is the Royal Liver Building, the indomitable structure that\'s home to the pair of Liver Birds who gave the city its name.

Liverpool city centre is an ideal size for walking around, but many of the hotels are situated further out and will require a car rental. Similarly, football fans will need to venture outside the centre to see Anfield, home of Liverpool FC, and Everton\'s Carrow Road. Renting a car will also allow you to visit nearby Manchester and other highlights of northern England such as the Lake District. Try GoCarRental.com for one of the widest selections of car rentals in the UK. Vehicles can be picked up from Liverpool airport.