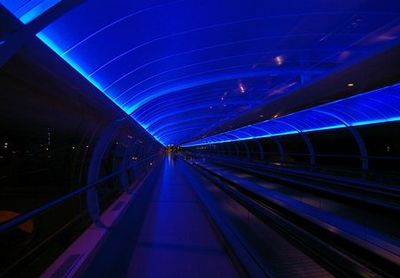 Compare & Save on cars in Manchester Airport

Manchester is where the Industrial Revolution began, and is one of the largest and most prosperous cities in the North of England. Having lost its dark and grimy image many years ago, it is now ranked as a beta world city, and offers the visitor a feast of attractions, from two Premiership football clubs, to some of the best cultural attractions in the UK, and superb shopping. With a thriving music scene which has produced groups like The Smiths and Oasis, Manchester is home to over two million people, and has an excellent light rail and bus network. Organising car rental on arrival gives the visitor the opportunity not only to explore the city but also to visit the nearby Peak District National Park, or take the longer trip to the Lake District, one of the most impressive landscapes in the UK.

Things to Do in Manchester

The visitor to the city is spoilt for choice, and the problem can be deciding what to do and where to go. Starting with football, both Manchester United and Manchester City offer guided tours behind the scenes, and the biggest football museum in the world is now open where visitors can see one of the world’s finest collection of films and artefacts.

The Imperial War Museum North (IWM) is an eye-catching design that has won international awards, and houses thousands of artefacts from Harrier Jump jets to s T34 Russia tank. The People’s Museum offers a unique perspective on the historic struggle for equality and democracy, and occupies a new building beside the river Irwin. For music lovers, Band on the Wall is a legendary jazz and world music venue situated in the Bohemian quarter of the city, worth a visit in its own right.

Like all big cities, Manchester tends to be busy during much of the day and evening and driving during the rush hour is something to be avoided. There’s an inner ring road system, and clear entry points to different localities within the city – the M60 also encircles the city, making it easier to drive in your chosen direction without having to cut through Manchester itself. Car rental in Manchester Airport is available from the Car Rental Village, served by a dedicated bus from all the three terminals. From the airport to the city centre is just over 9 miles, and the route picks up the M56 before joining the inner ring road and continuing on the A5103 to the city centre. Book with GoCarRental.com to guarantee your vehicle.