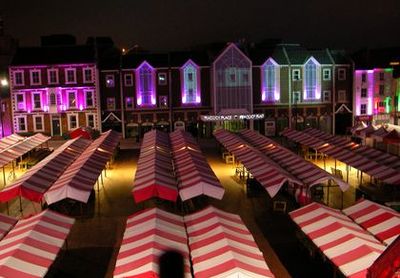 Compare & Save on car rental in Northampton

Northampton is well-placed for exploring the Midlands and eastern England, and is known for being the home of quality leatherwork and footwear. Although the industry has all but disappeared, there are still opportunities to buy hand-made shoes for the visitor to the town. It originally grew to prominence with the building of Northampton Castle in medieval times, the castle being an occasional royal residence and holding the Parliament of England. Sadly, with the restoration of King Charles II after the English Civil War, the historic castle and town walls were largely destroyed and the town only grew back to prosperity after the opening of the Grand Union Canal in the 19th century. The market square is one of the largest in Britain, dating back to the 13th century, and the town can still boast a thriving shopping centre and out-of-town retail parks. There is also a unique 12th century round church, modelled on the Church of the Holy Sepulchre in Jerusalem.

Things to Do in Northampton

For the visitor using the town of Northampton as their base, a car is essential – there is so much to see within a short drive, ranging from Silverstone GP racetrack to the stately house of Althorp, the childhood home of Princess Diana. Arranging car rental over your visit couldn’t be easier – seek out the best deals on GoCarRental.com and arrange to pick up your car from the point of your choice. Exploring the town itself, many of the churches repay a visit, with St Peters and the Church of the Holy Sepulchre dating back to Norman times.

As you would expect, Northampton Museum and Art Gallery has galleries dedicated to the history of shoe-making, but the exhibitions on the pre-Roman settlement and Viking raids are also fascinating. Billing Aquadrome leisure park is on the eastern outskirts of the town, and has a marina, a funfair, restaurant and converted water mill. A day spent on the Grand Union Canal is fun for all the family, and there are several spots close to the town where you can hire a narrowboat and cruise down the river, stopping off at a canal-side pub for lunch. Northampton is also the “town of festivals”, with an annual Carnival, Umbrella Fair, Diwali celebrations, and a music festival, Alive in Delapre Park.

Northampton is ideally placed for touring the area, and there is a good choice of car rental in Northampton. Alternatively, if you are arriving by air, then arranging to pick up from Luton or Birmingham, the nearest airports, might be more convenient. Northampton is just off the M1 motorway, which runs from London to the north of England, and gives easy access to other major cities and places of interest. Looking east, the recently upgraded A45 takes you towards Huntingdon and the historic university town of Cambridge, whilst travelling west the A45 links to the M40, Banbury, Oxford, and Warwick.