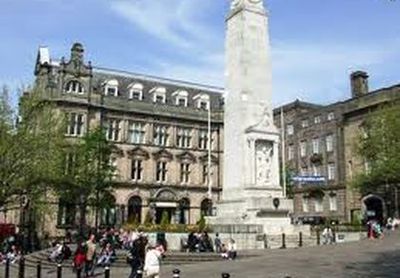 Compare & Save on car rental in Preston

Preston is the UK’s newest city, having been awarded city status in 2002. It is situated in the heart of the North West, with excellent road and rail connections – Manchester is only 33 miles away, and Liverpool 37 miles – making it an ideal base from which to tour the area, and there are a number of car rental locations in the city. Preston’s history as a market town was first recorded in the Domesday Book in 1086, and the present city is a vibrant mix of old and new, with more than 750 listed historic structures, as well as a thriving university. The multi-cultural nature of the city is celebrated in many festivals throughout the year, including the Caribbean Carnival, Mela, and the Chinese new Year. Preston has seven major parks, making it the one of the greenest cities in the North West, and Riversway Docklands has been developed from what was once Europe’s largest single dock basin into a marina, and popular shopping and leisure centre. The £4.5 Ribble Link is the first canal to be built for 100 years, and connects the Docklands to the Lancaster Canal.

What to do in Preston

Some of the finest examples of Preston\'s listed buildings include the Grade I listed Harris Museum and Art Gallery, well worth a visit in its own right. The museum has frequently changing exhibitions as well as a fascinating number of collections and a permanent “Discover Preston” exhibition. St Walburge’s Church is one of the finest examples of 19th century Gothic revival architecture, and was designed by Joseph Hansom, the inventor of the hansom cab. The Ribble Steam Railway is a draw for all steam train enthusiasts, and offers a trip along the docks and riverside as well as a museum and workshop. The Museum of Lancashire is a free museum close to the city centre, with a number of interactive displays, and the chance to experience trench warfare conditions of the First World War.

Brockholes Nature Reserve is one of the best sites in the UK for many species of birdlife, and has one of the largest areas of ancient woodland in the country. It also boasts a floating visitor centre! Salmesbury Hall between Preston and Blackburn is one of the finest examples of a 14th Century black-and-white hall house in Britain, and visitors can find out about the resident ghost, as well as enjoying a rest stop in the excellent café. Beyond Salmesbury, 12 miles from Preston, is the Roman city of Ribchester, with its ancient church and Roman Museum. For the visitor wanting to get out and about by car GoCarRental.com has the best deals and you can arrange car rental in Preston or from Manchester Airport on arrival.

Preston is located just off the M6 motorway, with fast road and rail connections to Manchester and Liverpool. Visitors arriving at Manchester Airport can by-pass the city to the west on the M60, joining the M61 which leads directly to Preston and the M6. Preston is quite easily navigable on the ringway and Blackpool road which provide an inner circuit of the city and access to the centre. Blackpool, with its endless promenade and famous lights, is only 16 miles away on the A583, and the M6 motorway makes a day’s visit to the Lake District National Park a viable prospect.