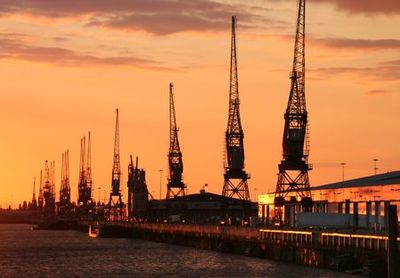 Compare & Save on car rental in Southampton

Like all busy ports, Southampton is a fascinating city with lots to see, and has major ferry routes to the Continent and –closer to home – the Isle of Wight. It’s situated on the confluence of the Rivers Test, Hamble and Itchen, on the South Coast of the UK, and is a popular sailing centre. Some of the largest cruise ships in the world call in to the port, and the city has historic associations with the Titanic. The city was badly bombed in the war, so little of the original town survives, although some stretches of the medieval walls still exist. The container port is situated to the south of the city, and is a major contributor to the international shipping trade. The city is also the gateway to the New Forest, the Dorset downs, and the West Country, and any visitor wanting to tour the surrounding area would be wise to arrange car rental to give them the freedom to explore.

Things to Do in Southampton

Few people will want to miss the chance of learning more about the maritime history of Southampton, and the SeaCity Museum enables them to do just that. The Museum has fascinating exhibitions on the Titanic, and the stories of the many people who have travelled to far-flung parts of the world from the city. For more exciting action, the Ambush Paintball and Laser Tag venue offers a great day out for the family, and is set in hundreds of acres of natural woodland.

Another museum with an international reputation and a stately home to match close to the city is the Beaulieu National Motor Museum, which amongst other exhibits has the largest official collection of James Bond’s vehicles. A short distance from the Motor Museum is Bucklers Hard, a recreation of an 18th Century shipbuilding village. Southampton has some of the country’s top music venues, and a visit to The Brook pub and music theatre is certain to provide a great evening’s entertainment.

There’s so much to see in the city and surrounding area that a car is a must. Book through GoCarRental.com and you can arrange to pick up your car rental from Southampton airport or the city centre. The city is a great base from which to tour, and the M27 motorway runs just north of Southampton, giving access to the New Forest and the West Country, and a day trip to London is also possible, taking the M3 motorway north of the city.