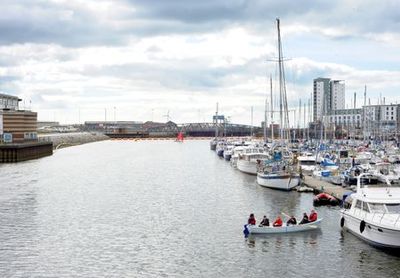 Compare & Save on car rental in Swansea

Wales’ second largest city after the Capital Cardiff, Swansea is set in the sweep of Swansea Bay on the Gower Peninsula, running from The Mumbles to Porthcawl. Although a city with a long history, most of the original buildings were destroyed by bombing in the Second World War, and the modern city centre now boasts a Marina and Maritime Centre, the Quadrant Shopping Centre, Swansea Museum and the Dylan Thomas Centre. Apart from the poet, another well-known resident of the city was the actress Catherine Zeta Jones. Swansea was granted city status in 1969, to mark Prince Charles’ investiture as the Prince of Wales. The city is proud of its indoor market, the largest in Wales, where you can buy local specialities such as laverbread and welshcakes. There’s a lively nightlife with the main action happening around the Wind Street area, which during the day is a modern café quarter. Transport links are excellent, with fast rail services on the London to Cardiff line, and the M4 motorway past the city. With the Brecon Beacons National Park just a 30 minute drive away, and the wonderful Welsh coastline to explore, a car is essential to enjoying the region of Swansea Bay and beyond. GoCarRental.com has all the car rental options in Swansea you’ll need.

Things to Do in Swansea

The Swansea Waterfront area is worth visiting to explore and wander around, and the excellent Waterfront Museum tells the story of Wales’ industrial and maritime history. The museum is housed in a dramatic and award-winning building which is a combination of a former dockside warehouse and a spectacular new slate and glass structure. The Dylan Thomas Museum has a wealth of materials on the life and work of the poet, as well as recordings of him reading his own work and a bookshop and café. Swansea Indoor Market is worth a visit for the colour and tantalising scents, and you will certainly see an interesting range of shellfish for sale!

Exploring outside the city, a short and scenic drive takes you to Bracelet Bay, with its lighthouse and restaurant, and great views over Swansea bay. Oystermouth Castle overlooks Swansea bay, and is the scene of historical battle re-enactments throughout the year. The ruins of Swansea Castle in the city itself are now surrounded by modern buildings, creating a vivid contrast between old and new. Further afield lies the Brecon Beacons National Park, a wonderful area for exploring, with numerous trails and walks and a stunning landscape of mountains and valleys.

The city itself is relatively compact and easy to find your way around although motorists are warned that parking can be expensive. The M4 motorway provides easy access to the capital city of Wales, Cardiff, in one direction, and across the Severn Bridge to Bristol in another. Both Cardiff and Bristol have international airports. The A4067 takes a wonderfully scenic route out of Swansea along the bay to The Mumbles, and a winding road to The Gower Peninsula is the A4118 – as you reach the Peninsula the roads narrow, so careful driving is required but the views make all worthwhile.