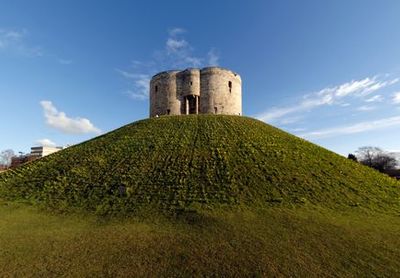 Compare & Save on car rental in York

An ancient cathedral city with a history that pre-dates the Romans, York boasts some of the most well-preserved historical buildings and structures in the world. It is frequently ranked as the second most visited British city after London. Known as Eboracum to the Romans, the fortress city was founded on the River Ouse in the year 71, a couple of decades after the initial invasion of Britain. York was ruled under the auspices of the Ninth Legion and quickly became one of the most important cities in Roman Britain. Constantine the Great, who turned the Roman Empire Holy, was first proclaimed Emperor in York. It was hardly surprising that, as a major strategic stronghold, York was targeted by the Vikings in 866, after which the city became known as Jorvik. It became the major centre of trade and settlement in northern England. After the Norman Conquest, York remained a focal point, becoming known as the second city of England; reigning monarchs often moved their court here while fighting battles against Scotland. As a playground for the wealthy, York remained largely untouched by the ‘dark satanic mills’ of the early industrial revolution, although the arrival of the railways in the 1830s changed all that, allowing the city to become the crucial junction it remains to this day.

Things to do in York

With its labyrinthine cobblestone streets, ancient stone-brick houses and a city center ringed by defensive walls dating back to the 13th century, few places in Britain so perfectly capture what life must have been like in the Middle Ages. Much of the centre is pedestrianized, so York is a city best explored on foot, a method of transport that allows you to soak up the centuries-old ambiance of the historic streets. First stop will likely be the York Minster Cathedral, an awe-inspiring feat of Gothic architecture dominating city skyline. The building dates to the 8th century, and is a good starting point for any visit.

Moving into medieval times, the Clifford’s Tower represents the remainder of Norman York. Explore the city’s Viking roots at the Jorvik Viking Centre and experience England’s post-industrial love affair with the locomotive at the fascinating National Railway Museum. The York Castle Museum includes recreations of entire streets from the Victorian and Edwardian eras. It’s large student population ensures that York is more than a historical artifact, and there are plenty of trendy bars hiding out beneath the ancient facades of the city centre.