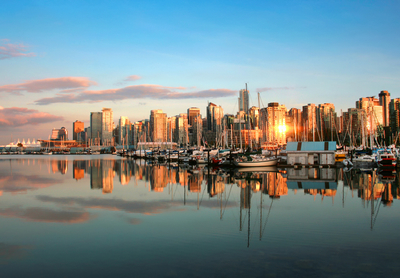 Compare & Save on car rental in Calgary

Calgary is often described as the gateway to the Rocky Mountains and with Banff National Park close by it’s a great base from which to explore the stunning landscapes of Alberta. The city has a relatively short but tempestuous history, having been founded as Fort Calgary by the Northwest Mounted Police in 1876 in response to the growth of increasing lawlessness in the area. Whisky traders swapping liquor for furs from the native Canadians were a prime cause of trouble. Once the rail line was built in the late 19th century, Calgary thrived as a business and commercial hub. The discovery of oil in the last century led to an enormous upturn in the city’s prosperity, with a rapid expansion of building in the city and an influx of new businesses and oil companies. Having weathered the recession of the 1980s, the city is once again a thriving commercial centre and offers visitors much to explore within the city limits as well as being an ideal base for visitors who want to range further north to see the lakes of Alberta and Saskatchewan, as well as the mountains to the west. A car is essential to fully enjoy your visit, and GoCarRental.com offers great value deals on car rental, collecting either from Calgary Airport, or from downtown Calgary on your arrival.

Things to Do in Calgary

There are any number of interesting and quirky sights to see during a visit to the city. The Calgary Stampede is one of the most famous – a world renowned rodeo, bull-riding and chuck-wagon racing event which takes place over the second week of July – but the Stampede grounds are open for exhibitions and races year-round. Calgary Zoo has over 900 animals housed in environments close to their natural habitat, and it’s a popular attraction for visitors. The city’s Chinatown is the third largest in Canada, and is located on Centre Street South, offering a wide variety of Chinese, Vietnamese, Thai and Japanese restaurants, shops and cultural events.

The semi-pedestrianised area of Stephen Avenue Walk has been declared a National Historic District by the Canadian government, and its choice of small craft shops, restaurants and bars creates an attractive and lively environment. Fort Calgary Historic Park is the city’s oldest historic monument, and a fascinating glimpse into the very earliest years in the founding of the city. The Glenbow Museum holds an equally interesting collection of historic artefacts from the local area, with regularly changing exhibitions of art and culture. Take advantage of your car rental to explore Banff National Park outside the city, and for a longer trip, head west towards the coast and Vancouver.

From Calgary International Airport to city centre is a twenty minute drive, heading south on Deerfoot Trail then turning west on to Memorial Drive NE which will bring you across the Bow River into the city centre. Calgary is typical of North American cities in being built on a grid system, which at first can be confusing to the visiting driver, but once you get the hang of it, navigation becomes straightforward. The key thing to remember is that streets run from north to south and avenues from east to west. The expansion of the city has been rapid enough to overload many of the roads at peak times, so watch out for lane reversal rules at rush hour, where the usual direction of a lane is switched to accommodate the weight of traffic heading in or out of the city. Remember that road conditions can be challenging in the winter, and take especial care if you are unused to driving in wintry conditions.