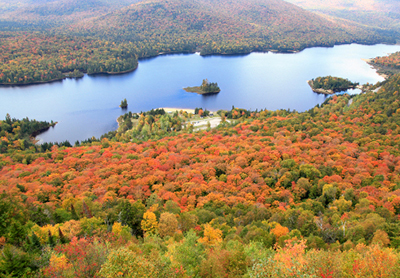 Compare prices and save money on your car rental in Québec

Québec is a Francophone region in English soil. The area is interestingly not only for this curious cultural encounter but also for the historical sights connected. Visitors in Québec are surprised by its intercultural attitude. This North-American province is a crossroads of cultures, where the proverbial friendliness of its inhabitants is integral part of the regional development and fascination. Québec has been the cradle of French America. A tour through its historical places will give you a glimpse of the historical marks of its exciting yet troubled past. The five-kilometer-long Fortifications of Québec are a good starting point and from there you can also benefit from impressive views on the surrounding landscape. Old Québec is particularly involving too. While there, take a look at the Citadel, the Artillery Park, and the Powder Esplanade.


You can move around Québec in a variety of ways. By boat, for instance, living intense relaxing moments while you cruise. Opting for an excursion on the St Lawrence River will get you acquainted with one of Québec’s landmarks. An interesting route is the tour of Québec’s historical sites. In this way, you will see Place Royale, where Samuel de Champlain first founded Québec by settling there in 1608 and calling it New France. The Place Royal Museum gives you punctual information and evidence on Samuel de Champlain and Québec, finally covering nearly four hundred years of history. You can indulge in a spoonful of the sweet stuff at the local factories making chocolate, cider, sugar maple, and much more. Your senses will be then fully awakened at the Économusée, a traditional Québec distillery that trades and manufactures essential oils. Québec has a strong and multi-faceted religious outlook. You will notice this through a tour of the various churches in the province. Québec is where the first Anglican cathedral and the first Catholic parish in North America were built, after all. If you were to explore every church, it would take a while... since the area is covered by 130 churches, two basilicas, numberless chapels, twenty convents and two cathedrals. The Good Shepherd Museum and the Museum of the Ursulines of Québec offer a good summary of Québec’s outstanding devotion. Finally, we suggest embarking in the tour of Québec’s monumental cemeteries, where you will find the traces of the first French settlements and collect yet another evidence of how this polyphonic (if sometimes controversial) region mingles politics and religion.