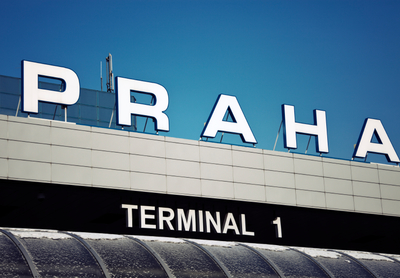 Compare & Save on car rental in Prague Airport

Prague Ruzyne Airport (PRG) is just 16km northwest of central Prague, making it well situated for easy access to the city, as well as to other popular destinations in the Czech Republic. Demand for car rental here is high, so all major car rental companies have offices here, providing a range of vehicles to suit most visitors’ needs. With so much to explore right on its doorstep, the airport serves as a gateway to the beautiful historic Czech cities of Prague, Ceský Krumlov, Telc and more, as well as the nearby neighbouring countries of Germany to the north-west, Poland to the north-east and Austria and Slovakia to the south.

Things to Do in Prague

With Prague such a short drive away, this will doubtlessly be your first stop when you arrive at Prague Airport. The country’s capital and one of the most beautiful in Europe, if not the world, swathes of the city now have protected heritage status, and rightly so. There’s the Astronomical Clock, Tyn Church, Prague Castle, as well as the breathtaking city streets to explore – and delicious coffeehouse cakes and treats too.

Ceský Krumlov and Telc are off the beaten track alternative, far less crowded than Prague, but within easy reach and just as beautiful. Both feature spectacular old town squares and thanks to a big backpacking population there’s a cool nightlife as well as arts scenes to explore. If you’re rather get away from the hustle and bustle of the cities – although Prague is nowhere near as crammed as London or Paris for example, then the mountains and forests are the perfect getaway, and a cinch to explore when you have your own hire car.

Prague is relatively easy to drive around in, with the usual heavy traffic in the heart of the city during peak hours. One thing to look out for are the city’s distinctive red trams, as these tend to take priority over other road users. Speed limits around the airport are 50kph/30mph within the city, 90kph/55mph on open roads, and 130kph/80mph on motorways and highways. Parking within the city is limited in terms of street spaces, but there are plenty of car lots, and three main parking zones – orange for short term parking up to two hours, blue for local businesses and residents only, and green for parking up to six hours.