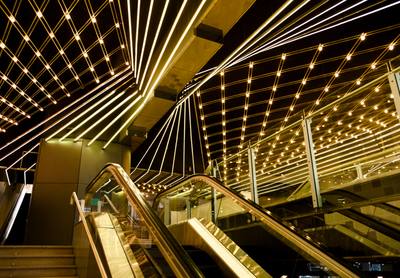 Compare & Save on car rental in Cannes

Cannes is situated on the French Riviera, along the stretch of coast known in modern times for its beaches, nightlife, and fashionable resorts. Originally settled by the Romans Cannes suffered a succession of invasions after the fall of the Roman Empire, including a hundred-year occupation by the Saracens. Fortified in the 12th century, the town and its islands were disputed at different points in its history by the English, French and Spanish. The birth of the modern fashionable city came with its adoption by the English aristocracy in the 19th century, who built magnificent villas overlooking the sea, and the arrival of the railway. With the introduction of an international Film Festival in 1946 the reputation of Cannes as a glamorous and luxury resort was confirmed. The coastline and the mountains of the Cote d’Azur offer endless treasures to be discovered by the visitor; arranging car rental through GoCarRental.com gives you the freedom to explore the area.

Things to Do in Cannes

Cannes is all about sun, sea and shopping. A stroll along the promenade, La Croisettte, which curves round the bay and provides splendid views of the sea and the town, and the people watching which is part of the attraction of the seafront – you may spot a starlet or two. Le Suquet is area of the city where the original old fishing town was built, and is well worth a visit for its winding picturesque streets, steep stairways, and endless choice of bars and restaurants. If you’re tempted to have a flutter, the Palm Beach Casino offers an enormous variety of games and tables where you can stake a few euros or splash out with enthusiasm.

A must is a visit to the two Iles des Lérins, a short boat trip away. The Fort Royal on the Ile Ste-Marguerite is the prison where the legendary Man in the Iron Mask was imprisoned for ten years in the 17th century, and you can take a trip round the fort and visit his cell. The island itself is a beautiful and peaceful place to explore, and has a series of trails that lead you round the shoreline and into the eucalyptus groves in the interior. There is still an occupied monastery on the Ile Ste-Honorat, dating back to medieval times, which you can visit at certain times of the day. The Rue d’Antibes is the centre of luxury shopping in Cannes, and a must to visit, even if it’s just to window shop. When you have had enough of shopping and sunbathing, you can take trips into the Alpes Maritimes, with their spectacular scenery, exquisite small towns and lakes set high in the mountains.

Cannes is on an excellent road network, and arranging car rental in Cannes depends on whether you are arriving by air or by rail. Planning through GoCarRental.com, you can pick up your rental vehicle from Nice Airport, a 30 minute drive from the city, or from Cannes itself. The A8 motorway, “La Provencale” runs just north of the city and links it Nice Airport, Monaco and the Italian border. The D6185 winds into the mountains to the charming town of Grasse.