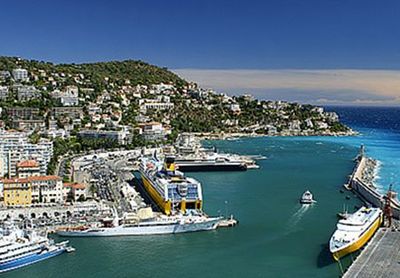 Compare & Save on car rental in Nice

Nice is located on the French Riviera, and is the second-largest French city on the Mediterranean coast and the capital of the Alpes-Maritime department. Because of its strategic location it has changed hands many time down the centuries with the first recorded settlement being the Greek town of Nikaia. For many years it was a dominion of Savoy, became part of France during the Napoleonic era, was annexed to Piedmont-Sardinia in 1815 and finally became part of France in 1860. Its fame as a resort town grew with the influx of English aristocrats in the 18th and 19th centuries, many of whom built villas overlooking the bay; their heritage is recognised in the name of the main seafront promenade, the “Promenade des Anglais”. In the 20th century, the position of the town and the wonderful light of Provence attracted numbers of artists who have subsequently become world-renowned, including Chagall, Matisse, Picasso and Niki de Saint Phalle. The city is also a wonderful base from which to tour the Cote d’Azur and the Alpes Maritime, and whether you arrive by air or on the high-speed rail link, car rental in Nice is easily arranged through GoCarRental.com.

Things to Do in Nice

The city has several outstanding galleries and art museums, and amongst them the Musée Marc Chagall, dedicated to the artist’s work, and the Museum of Modern and Contemporary Art are probably the ones not to be missed if time is limited. The Museum of Modern Art has works by Niki de Saint Phalle, Tinguely, and Yves Klein, and the building itself is an interesting and impressive construction. Take a tour of Vieux Nice, with its bustling streets, market stalls and small specialist shops, and from there climb the 100+ steps to the castle hill, to gain spectacular views over the city, bounded by mountains at one side and the Mediterranean at the other.

Museum of Modern and Contemporary Art

A stroll along the Promenade des Anglais is compulsory for visitors to Nice, and you can have a drink at one of the many bars along the way, or stop for a swim. The Villa Masséna on the Promenade des Anglais is now a museum, with exhibitions on the history and art of the region. Take the guided “Train des Merveilles” trip up into the mountains, an extraordinary feat of engineering, which gives you glimpses of ravines and mountain crags and takes in a visit the little town of Tende, previously the centre of the salt trade in the area.

As long as you stay out of the old town, Nice is an easy city to navigate, and the road links are excellent. If you have arranged car rental from the airport, the drive in to the city is just 12 minutes, and takes in the Promenade des Anglais. Turning your back to the sea and following the Boulevard Jean Jaurés towards the mountains will bring you to the A8, the autoroute which spans the French Riviera.