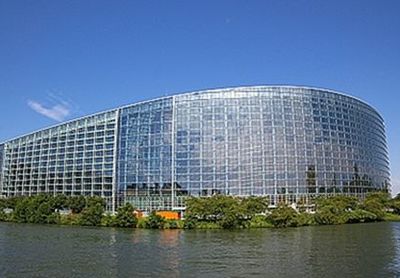 Compare & Save on car rental in Strasbourg

Strasbourg is the capital of Alsace, and famous for its European institutions, including the European Parliament and the European Court of Human Rights. It’s one of the largest cities in France and the city centre was the first to be awarded UNESCO’s World Heritage Site. The Grand Ile, as the centre is known, is certainly one of the most beautiful in France. Its situation - on the Ill River which flows into the Rhine, and close to the Vosges Mountains - has meant that it has always been an important settlement since the time of the Romans. But it has also suffered from being on the borders of France and Germany, with endless changes of allegiance over the centuries. The city has expanded rapidly since the end of the Second World War, and has benefitted from the number of EU institutions based there, as well as from thriving industrial and financial sectors. The city has excellent transport links, with major autoroutes running west towards Paris and east into Germany, an international airport, and a high-speed train link to major cities in France and Germany.

Things to Do in Strasbourg

The city itself has endless attractions for the visitor, but if you are staying for more than a weekend, then arranging car rental to enable you to explore the mountains and countryside of the region is a must. Start your visit at the Grand Ile, the heart of the old city. The views from the Barrage Auban across the river, with the medieval bridge Ponts Couverts and the glorious red sandstone Cathedral of Notre dame de Strasbourg, are incomparable. One of the sights of the cathedral is its famous 18 metre high astronomical clock and the stained glass windows, which were removed and stored in a salt mine during the war to save them from damage.

The historic area of La Petite France is a collection of medieval wood-framed buildings, cobbled streets and alleyways, and excellent restaurants; apart from fine dining, the area also offers great shopping. The elegant 18th century Palais de Rohan houses three museums – the Musée des Beaux Arts, Archeologique, and Arts Decoratifs, so visitors can choose which for them is the most interesting. Le Vaisseau is a science museum aimed at the younger visitor, with lots of fun interactive displays, and makes for a great day out for the family. Outside Strasbourg, the Vosges Regional Park is must to visit, with towering peaks and interesting wildlife, and there are over 50 chateaux to explore in the North Vosges region. Top Three Attractions La Petite France Cathedral of Notre Dame Palais de Rohan

Some of the oldest and most attractive areas of Strasbourg are pedestrianised, but visitors will definitely need a car to explore more widely, and it’s a good plan to arrange car rental in Strasbourg through GoCarRental.com before you arrive. The city has an inner ring road, and there are a number of museums and visitor attractions on the outskirts which are easily reached by car. The airport is a 20 minute drive on the A35 from the city centre. It is well worth crossing the Rhine on the E52 to explore the German city of Kehl and surrounding area – make sure that you inform yourself of any different traffic signs and regulations before you cross into Germany.