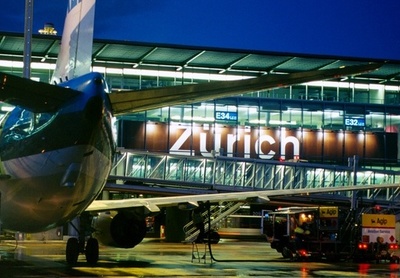 Compare & Save on car rental in Zurich Airport

Zurich Airport (ZRH) is the busiest airport in Switzerland, and the principal international gateway for the country\'s northern region. Located just eight miles (12 kms) north of Zurich itself, it offers fast connections to central Zurich and to major towns in including Bern, Basel and St Gallen, as well as serving as the gateway to the beautiful Alpine mountains, a short drive away. Served by all of the world’s leading airlines, including Swiss, Lufthansa, British Airways, KLM, Air France, SAS and American Airlines, Zurich Airport provides direct flights between 120 destinations worldwide. With ultra-modern facilities and comprehensive amenities for business and leisure travellers, you’ll find plenty of car rental options at this busy, modern airport.

Things to Do in Zurich Airport

Zurich Airport is geared towards the leisure traveller and business traveller too. Switzerland serving as a tax haven and rich financial and business centre, as well as home to the United Nations and Red Cross, its main airport caters to every business and leisure travel need. Within the airport itself you’ll find all of the world’s major airlines offer connections here - over 120 destinations worldwide can be reached from Zurich, with over 70 airlines to choose from. You’ll find a vast array of duty-free shopping options within this chic and modern airport building, including major design houses, notable boutiques and perfumeries, as well as Switzerland’s most noted watchmakers and chocolatiers too. Fine dining restaurants, as well as more affordable fast food outlets, and traditional Swiss eateries about here, with an abundance of bars to choose from.

The Museums of Winterthur

Zurich Airport is a short eight mile drive from the centre of Zurich itself along the A51 motorway, making it easy to book a last minute flight here and be living it up in the city within mere hours. You’ll find plenty of car rental options within the airport, as well as over 17,000 parking spaces. Driving within the city itself is smooth and easy, although as with most major cities it does become more congested during peak hours. With the glorious Swiss Alps less than an hour’s drive away, most visitors renting a car here will understandably be drawn by those snowy peaks. Other scenic drives around the Zurich area, and there are many to choose from in this beautiful country, include the northern walls of the Jungfrau and Eiger in the Alps, Aletsch Glacier - the longest in Europe, a visit to the cosy town of Baden nearby, the outstanding Rhine Falls - the largest in Europe, and the museum-packed town of Winterthur, which is only a 25 minute drive away.